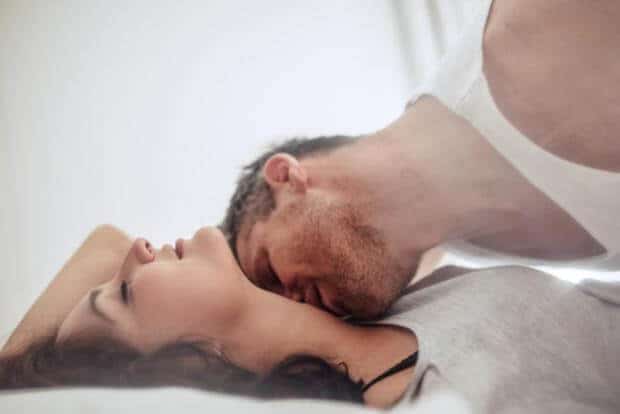 Regardless of the particular form of sexual inadequacy with which both members of the couple are contending.

Fears of sexual performance are of major concern to both partners in the marital bed.

The impotent male’s fears of performance can be described in somewhat general terms. With each opportunity for sexual connection, the immediate and overpowering concern is whether or not he will be able to achieve an erection. Will he be capable of “performing” as a “normal” man? He is constantly concerned not only with achieving but also with maintaining an erection of quality sufficient for intromission

His fears of sexual performance are of such paramount import that in giving credence to or even directing overt attention to his fears, he is pulling sexual functioning completely out of context. Actually, the impotent man is gravely concerned about functional failure of a physical response which is not only naturally occurring, but in many phases involuntary in development.

Not only does the husband contend with fears of performance when impotence is the clinically presenting complaint, but the wife has her fears of performance as well. Her constant concern is that when her husband is given adequate opportunity for sexual expression, he will be unable to achieve and/or maintain an erection. She has grave fears for his ability to perform under the stress of the psychosocial pressure which both partners have unwittingly contrived to place upon this natural physical function.

Additionally, wives of impotent men are terrified that something they do will create anxiety, or embarrass, or anger their husbands. All of these crippling tensions in the marital relationship are gross evidence that two people are contending with sexual functioning unwittingly drawn completely out of context as a natural physical function by their fears of performance.

An exactly parallel situation can be a factor in female sexual inadequacy. Fifty years ago in this country the non orgasmic woman was led (or under the pressure of propriety, forced) to believe that sexual responsivity was not really her privilege. Sexual pleasure was considered an unnatural physical response pattern for women, and any admission of its occurrence was unseemly to say the least.

The popular magazines, with their constant consideration of the subject, have brought to the non orgasmic female a realization that in truth she is a naturally functional sexual entity.

Unfortunately they have also provided her with real fears of performance by depicting, often with questionable realism, the sexual goals of effectively responsive women.

Her frequently verbalized anxieties when she does not respond to the level of orgasm (at least a certain percentage of time) are: “What is wrong with me? Am I less than a woman? I certainly must be physically unappealing to my husband,” and so on. These grave self-doubts and usually groundless suspicions are translated into fears of performance.

It should be restated that fear of inadequacy is the greatest known deterrent to effective sexual functioning, simply because it so completely distracts’ the fearful individual from his or her natural responsivity by blocking reception of sexual stimuli either created by or reflected from the sexual partner.

The husband of the non orgasmic woman may well have his own fears of performance. He worries about why he, as a sexually functional male, cannot give her the “gift” of response. Why is his wife non responsive to his sexual approaches? What really is wrong when he cannot satisfy her sexual needs?

The husband’s fear of performance when dealing with a non orgasmic wife reflects anxieties directed as much toward his own sexual prowess as to his wife’s inability to accomplish relief of sexual tensions. It is the influence of our culture, expressed in the demand that he “do something” in sexual performance, that gives the man responsibility for the woman’s sexual effectiveness as well as his own.

If his wife is non orgasmic, more times than not he worries about his inadequate performance rather than lending himself with personal pleasure to the mutual sexual involvement that would lead to release of his wife from her dysfunctional status. Together, these frightened people manage to take not only sexual functioning from its natural context, but also keep it in its unnaturally displaced state indefinitely.

One of the most effective ways to avoid emphasizing the patient’s fears of performance during any phase of the therapy program is to avoid all specific suggestion of goal oriented sexual performance to the couple.

Regardless of the length or the intensity of the psycho therapeutic procedures, at some point the therapist usually turns to his or her patient and suggests that the individual should be about ready for a successful attempt at sexual functioning, immediately the fears of performance flood the psyche of the individual placed so specifically on the spot to achieve success by this authoritative suggestion.

Rarely is this suggestion taken as an indication of potential readiness for sexual function, as intended, but usually is interpreted as a specific direction for sexual activity. If there is a professional suggestion that “tonight’s the night,” the individual feels that he has been told by constituted authority that he must go all the way from A to Z, from onset of sexual stimulation to successful completion.

Removal of such goal-oriented concept, in any form or application, is necessary to secure effective return of sexual function. This can be achieved by moving the interacting partners, not the dysfunctional individual, on a step-by-step basis to mutually desirable sexual involvement.

The cotherapists are fully aware that their most important role in reversal of sexual dysfunction is that of catalyst to communication. Along with the opportunity to educate concomitantly exists the opportunity to encourage discussion between the marital partners wherein they can share and understand each other’s needs.

If the therapy team functions well, its catalytic role in marital communication, which initially is of utmost importance, becomes a factor of progressively decreasing importance over the two week period. If the catalytic role is well played, the marital partners will be communicating with increasing facility at termination of the acute phase of therapy; by then communication between the marital partners should be well established.